Piazza Navonais one of the most famous sites of Rome 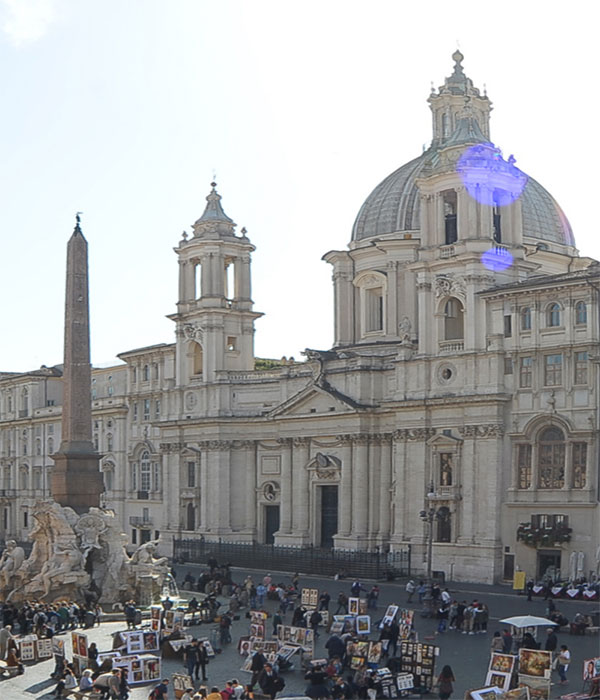 With its extraordinary urban setting it is one of the most famous sites of the city Its typical oval shape directly treads the ancient perimeter of the underlying Domilziano stadium.

Built by the Emperor Domilziano before 86 AD, the stadium was used for gymnastic competitions. With its neighboring Odeon designed to host musical competition and events it became a sport and cultural complex. 275 meters in length by 106 in width. .that could accommodate up to 30.000 spectators.

Several ruins of the impressive structures can still be seen in a Palazzo in Piazza di Tor Sanguigna or beneath. the church of Sant’Agnese in Agone

Since the fifteenth century the area surrounding the piazza began to develop through the construction of churches, Hospitals, shelters, and palaces for the nobility. The medieval homes and towers built on the rising rows of seats of the Roman Stadium, were replaced and transformed in the XIII century into t Renaissance buildings and later into Baroque architecture in the continuous and fascinating process of stratification, that has conferred to the Piazza its unique present aspect.

The name of the piazza could come from the competitive games (gymnastic contests) which were held there, but more probably may be due to the custom which survived up to the nineteenth century of flooding the concave bottom for the parading of the clergy and the princes in August to commemorate the ancient Roman Naval battles (naumachie). On these occasions the neighborhood market stands were raised from the ground in order to allow the flooding. to take place. 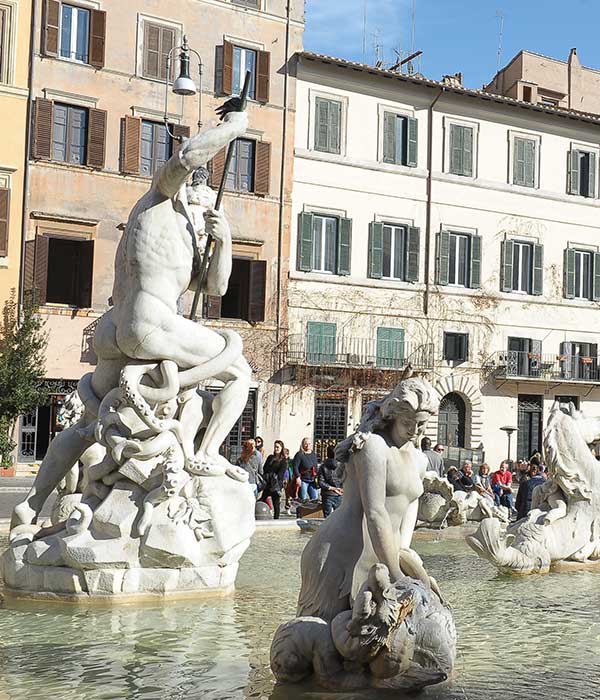 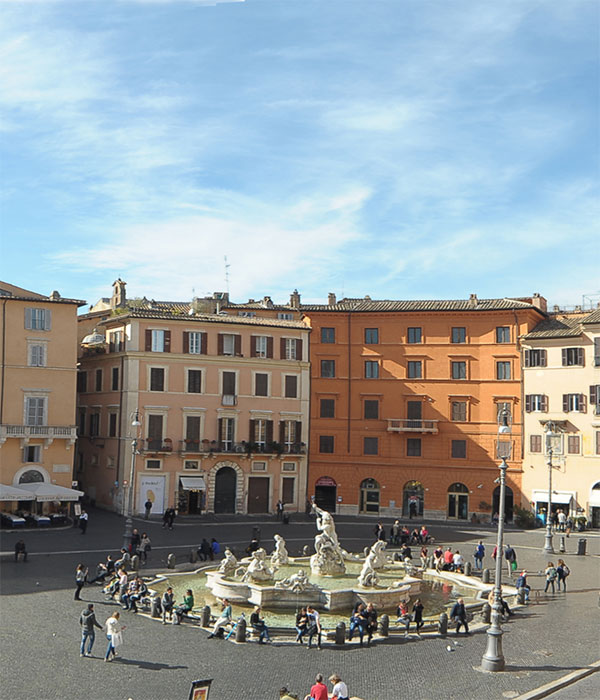 The Piazza held many other feasts and processions; Duke Valentino in 1500 celebrated his personal triumph dressed as Cesar the The Spaniards introduced the traditional shooting of “firecrackers for the Easter procession, and the “Cuccagna” celebrations began In the sixteenth century Piazza Navona became the true center of the city for urban renewal and innovation among which Pope Gregory XIII ‘s decision to place the three fountains and a drinking trough for the market and for the beats of burden.

The present form of the Piazza with its fountains, the Sant’Agnese church, the Pamphili palace and the rest of the buildings was defined between 1600 and 1700. Very little has changed since then, and this explains to a great. 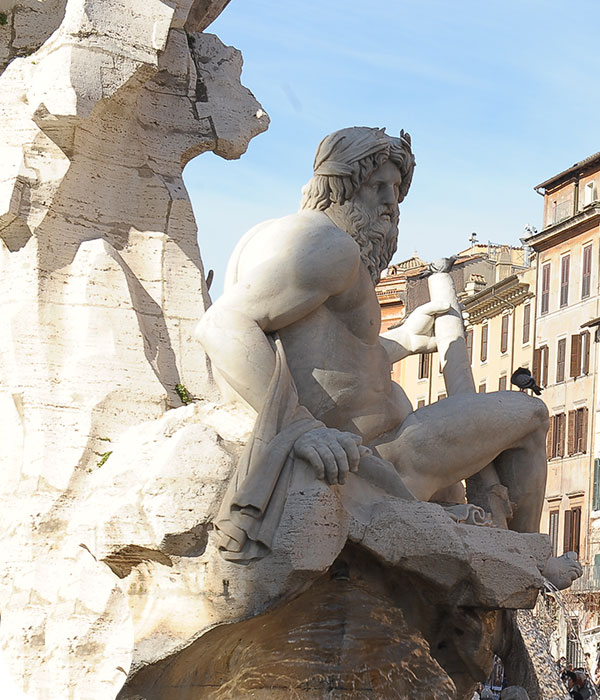